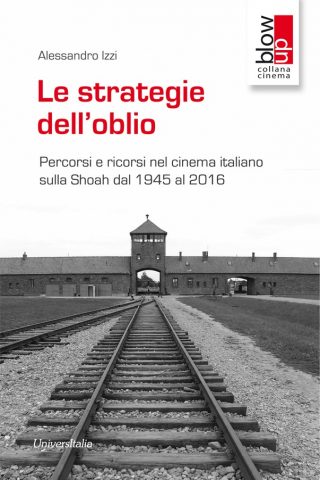 After a time of collective denial of a past difficult even to think and to imagine, our cinema today appears to be full of fervent attention to the Jewish extermination. Yet, this experiential use of the memory of the Holocaust, by detaching itself from historical facts, turns into a mere representation of absolute evil, an evil that transcends history and has little to do with our Italian history and our responsibility. In this perspective, the collective amnesia and the redundancy of memory are two poles of the same problem. Alessandro Izzi’s mindful and rich work of analysis and reconstruction of the Italian Holocaust cinema  stands at the crossroads between history and memory. It retraces the various historical phases that correspond to the story of the representation of the Holocaust and of the collective memory and discovers at the very core of the book the common thread linking the silence of the postwar period and the saturation of our commemorative days.
(Claudia Gina Hassan)

“The strategies of oblivion”, while moving within the contradictory relationship between the Italian cinema and the Holocaust, follows a path that has been taken by few albeit considerable Italian studies. The difference is that here the amount of works taken in consideration – which range from art films to more popular ones – is really consistent, and goes well beyond the most cited and known case studies. It crosses genres and models, including Hollywood and the very history of Italian cinema – from neo-realism to the popular comedy, to the “Nazi”, which never ceases to exert its influence, to horror, without failing to offer unusual and unexpected points of entry through the inclusion of all kinds of materials that in a more or less explicit or even silent manner, offer themselves as investigation territories .
(Giulia Fanara)

Preface by Claudia Gina Hassan.. 11
Introduction. 15
Chapter I
Whereof one cannot speak, thereof one must be silent. 43
Chapter II
In those days, there Images looking for a sight. 141
Chapter III
The representation of the Camps from  L’ebreo errante to La vita è bella  251
Chapter IV
Nazi movies and the question of genre. 275
Chapter V
For an idea of italianess in Shoah television fiction   321
Postface by Giulia Fanara. 365
Bibliography. 375